The Voice of the Self

On the Siddha path

A share from a devotee’s letter on his first visit to Ganeshpuri and Sri Ramana Maharshi’s Ashram.

I lost my mind and found God. There was that day I spent reflecting that unhappiness was a memory and that happiness was the natural state of being.

What Bhagavan Nityananda gave me I can’t describe except in a child’s terms. It is like he gave me a Willy Wonka lolly, like the endless tasting chewing gum of Shakti. It is like he put a lingam in my head and said ‘off you go.’ It is nuts but I have the rest of the trip to bring this into a meaningful context and apply it in the real world.

From the Goddesses of the temple with eyes that emitted blue light, to seeing a blue light like a mist coming from me and in my mala beads. And some being telling me I have not left Siddha Loka yet. Then saying a week later ‘you have left Siddha Loka.’ Well what reference does even a spiritual nut like myself have to measure such experiences?

I knew my mental state had become more normal.

But other than to say Bhagavan gave me all the Shakti I needed then and more for the road.

I know I have the Shakti at home in my meditation. I feel Bhagavan has given me a great gift and I have reformed a personal relationship with a place and perhaps even a guru from a previous existence.

I can only say that Ganeshpuri felt like the most natural place on earth. There was only what was real and no unreal, no pretending. And I lost my mind. God madness is good madness.

See if you can make sense of that. I’m only just getting my head around it.

I know now why Bhagavan Nityananda did not speak or convey teachings. How can you sustain a normal conversation for longer than a few minutes in that place? It is too easy to slip away.

This week I found that my spiritual name is a name of Lord Krishna, I like it, thanks Guruji.

Steadily I’m coming down to earth and the more unreal it seems that all of this happens. But I’m not worried. I have a deep faith in God.

I am not concerned with the fluctuations of my waking mind.

It’s said that we lose the feeling of Ganeshpuri when we return to Australia.  I say to that, ‘so what–why should I care?’ If it is that natural then it’s the way it is supposed to be.

Funny! I had this idea that I once lived in or close to Ganeshpuri as a Muslim. The place felt as comfortable as a childhood place I left and then returned to later in life. There was a strong sense of familiarity about the place.

Sri Ramana is the gentlest of souls. Truly the love and peace of this place is at first too much. Juxtaposed is the power of the mountain [Arunachala] which exudes Shakti.

But unlike Ganeshpuri where the Shakti is like a constant earthquake. And the spirit world is immediate. Ramana Ashram is the perfect cure for this power and turmoil and madness.

But as time went by the turmoil settles like dirt in a jar of agitated water. And the peace of the place becomes apparent in oneself. 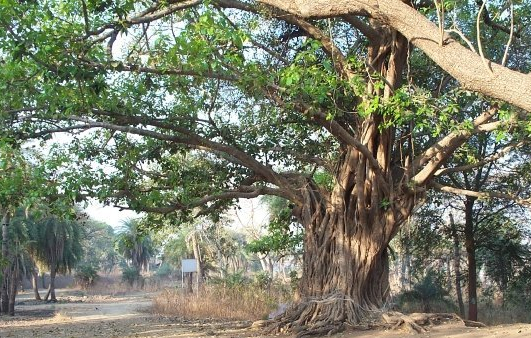 The following was submitted by a devotee.

I’m in India, Ganeshpuri sitting on the Guru’s floor. The cool of the floor meets my old knees. A soft cloth is in one hand, I am gently washing his floor. My other hand supports my body – the floor is being cleaned. I feel present, with the cloth, the hand and the Shakti. What a delight. So much Shakti.

Two devotees walk around beating their chests like bouncers in a night club. I can’t work out what’s happening, I  feel incredible bliss.

My roommate and I are sick. We are drunk with Shakti. Baba talks about this, but I don’t know what it means.

So much sweat and sleep! The doctor comes and gives us medicine. We feel the cool and quiet of Mandagni, Fire Mountain. My tearing thoughts knock but I sleep, they knock again. I cry. I’m missing the Guru and satsang, but hold on.

A couple of days and nights of calm bathes us in Fire Mountain’s restorative love and our bodies are ready. Mother Shakti takes us, her children back to the Guru’s feet for more.

It’s been huge, something is gonna blow.