The Voice of the Self

On the Siddha path

One who loves his own Self loves the whole world.
Baba Muktananda

At this time of year my thoughts turn toward Baba Muktananda as his solar and lunar birthday come around. Born May 16, 1908, he lived a yogi’s life; it was was full, rich, filled with Shakti and mystical. He served humanity until his last breath. I cherish my time with him and every encounter I had. Below is one of them.

In July or August of 1979 Baba sent Swamiji to Los Angeles, California to run the ashram there in preparation for his visit in 1981. Until then he had been head of the Ann Arbor ashram with Girija, his wife. It was a thriving spiritual community. Swamiji was a guru to many devotees and the ashram reflected their devotion.

This was a sudden and unexpected decision by Baba. I was devastated, as were many others. It was unfathomable that Swamiji would not return to Ann Arbor.

After a few weeks and much thinking, I got up the courage to write Baba a letter in the hope that he would give me permission to join him. I told him that I loved Swamiji, that he was my guru, and that I missed him.

Baba’s response was a short and decisive teaching, ‘you should learn to love everyone; love universally, not specifically.’

Unfortunately, I knew Baba was right and that I was too attached to Swamiji. But, the pain of separation was an agony that I did not want to live with. I accepted Baba’s directive but there was an uncomfortable angst in my heart.

My seva at the time was coordinating the Siddha Path magazine with Swamiji. It chronicled Baba’s travels around the world and helped devotees at home keep in touch with Baba. I supervised the production and made sure it met deadlines. It was a big seva and becoming bigger, as every day we had more and more subscribers. One morning in meditation I realized that it was impossible to run the magazine with Swamij, if he was in LA and I was in Ann Arbor.

I again wrote Baba and asked, ‘Baba how can I do my seva on the magazine while Swamiji is in LA?’

One day, about a week later, the ashram receptionist ran up to me, ‘Baba’s on the phone, he wants to speak to you!’

I was so excited. His attendant Noni was on the other end of the line, but I could hear Baba shouting in the background, ‘Baba says you should go immediately to Los Angeles.’ Within two days Das, my husband at the time, who also helped with the magazine, and I were on our way. We arrived before Baba had a chance to inform the devotees in LA and he was surprised when he found out we were there.

We had been in LA for some months when Baba’s tour arrived in Oakland, Northern California. The hard-working ashramites had transformed an old brothel into a beautiful urban refuge. Back then Oakland was a poor, mainly black suburb. There were homeless people, addicts and alcoholics wandering the streets. Cars were burgled regularly. This did not stop devotees from buying the neighbouring dilapidated houses. The community was buzzing with renovations.

One afternoon I was walking away from lunch when Swami Samatananda approached me. He told me Baba wanted to see me. I was excited and scared. At that moment Das appeared.

He took us to a darshan room where Baba conducted business across a small courtyard at the back of the ashram. 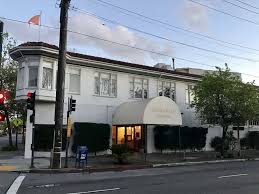 When we walked into the room I noticed Amma, Baba’s secretary, and some other staff who worked on ashram publications were there. We pranamed, (bowed) to Baba and when I looked up at him I went into ecstasy.

Bowing was a custom I had become used to during my time in India. While there, I had noticed that not only did the Indian devotees throw themselves at Baba’s feet with great ardour, often almost tripping him as he walked by, but also young adults bowed to their parents and grandparents as a sign of respect. There is a mysterious bliss in showing devotion by bowing.

Baba picked up a copy of the Siddha Path, which was sitting next to him and said, ‘Don’t put my picture on the cover anymore. People think we are a cult.’

The Jim Jones murder-suicide in Guyana had just been reported. I thought that maybe he had been plagued by questions about this tragedy. He was often asked about cults, but in this climate no answer would satisfy a fearful parent. His reply to questions on cults was usually something like, ‘This is the religion of man. We worship the Self. I want you to learn to love and honour your own Self, not another person.’

‘No Baba’, I said. I was proud of my new suit that I thought seemed more ‘professional.’ I often met with people who worked on the magazine and thought my way of dressing was appropriate.

I sensed Baba’s disapproval but it wasn’t enough for him to bust me. My bliss increased.

‘You should welcome others with love’, said Baba.

I was uncertain how to reply. I understood that Baba was trying to teach me something. Even though his manner was gruff, I did not feel anger, only love. Baba was speaking directly to a chronic fear of strangers, my shyness, my inability to talk to people I did not know, and what I thought was a social ineptness.

He thought for a moment. And then he gave me a profound teaching.

‘You should be like me. Do what I do. Every night I greet people. I ask, “What is your name? Where do you come from? What do you do?” You should be just like me and do just what I do.’

I was overjoyed. ‘Okay Baba’, I said as I basked in his love and attention.

‘Here,’ he said, ‘they are just jealous, but you should welcome everyone’ and he threw the letters at me.

Ever since that moment I have used Baba’s welcome formula. Now I am comfortable in social situations when I meet new people. And, when we returned to LA I made an effort to welcome others, including the women who wrote the letters to Baba.

At the ashram I was a ‘busy ashramite’, and did not think of myself as part of the ‘welcome committee.’ It did not occur to me that others needed to be put at ease in Baba’s ashram. I always felt so comfortable, so natural in Baba’s ashrams, even though I shied away from people. His welcome formula was a spiritual and personal breakthrough. And, I also learned that a smile is the most welcoming greeting.

For the second time Baba encouraged me to ‘love everyone.’ This was becoming a theme in my spiritual growth. Baba’s adage, ‘See God in everyone’ epitomised the way he was. His gift of welcome was the capacity to greet each person he met as if they were the only one in a crowded hall of thousands.

5 thoughts on “Love universally, not specifically.”